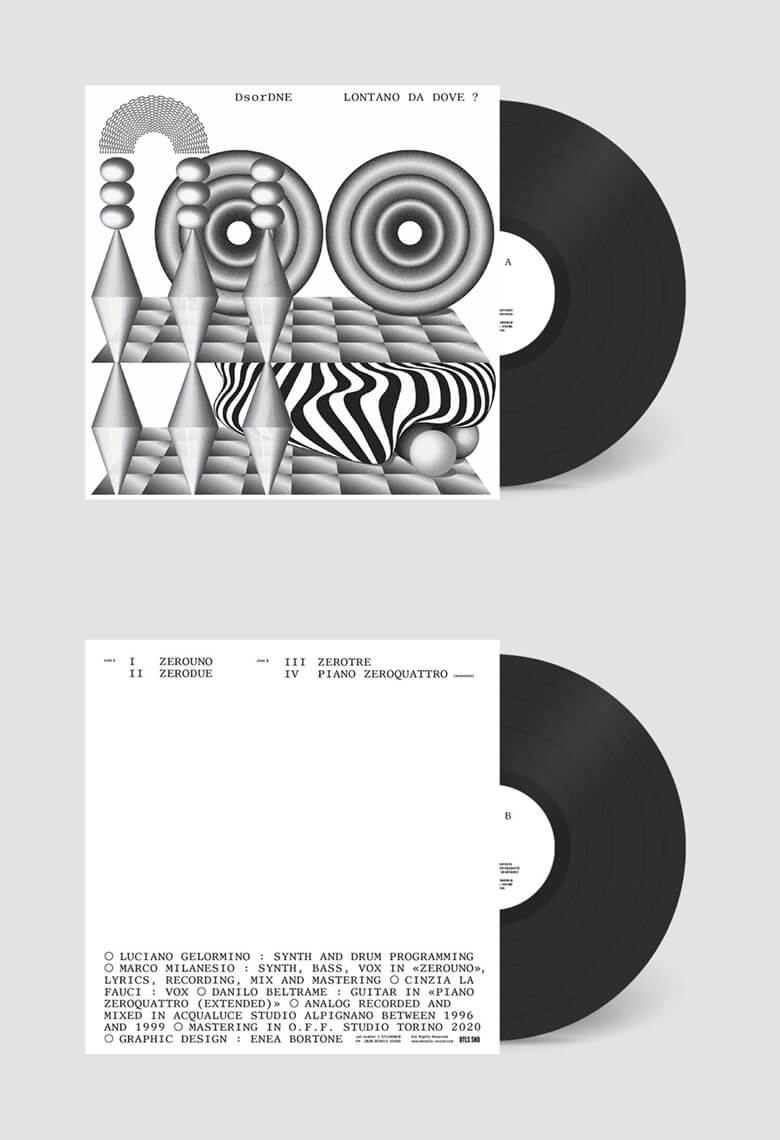 Lontano Da Dove? by DsorDNE is a four-track LP written and recorded between 1996 and 1999 - at Acqualuce studio in Alpignano, Torino - by the mind of Marco Milanesio and Luciano Gelormino. Additional guitars were provided by Danilo Beltrame on PIANO ZEROQUATTRO (Extended) and vocals by Snowdonia founder Cinzia La Fauci.

It was conceived to be released at the time but only a few promo copies were distributed. After about 20 years, the original recordings, which were considered lost, were found by Marco, who remastered them in his O.F.F studio and brought it back to life.

The all album is an organic work, who mash spoken ethereal voices and dubby basslines with tr-909 beats, borrowing elements from trip hop, techno and industrial.

x
☞ Buy through our Bandcamp store or via email